Our Villa is in a rural/countryside setting. To the left of our property is the quant village of Costix, to the right is the village of Sencelles, our property is set between the two villages and both are a short 5-minute drive away. The largest town of Inca is approx. 4 km away. All amenities are within these nearby villages. 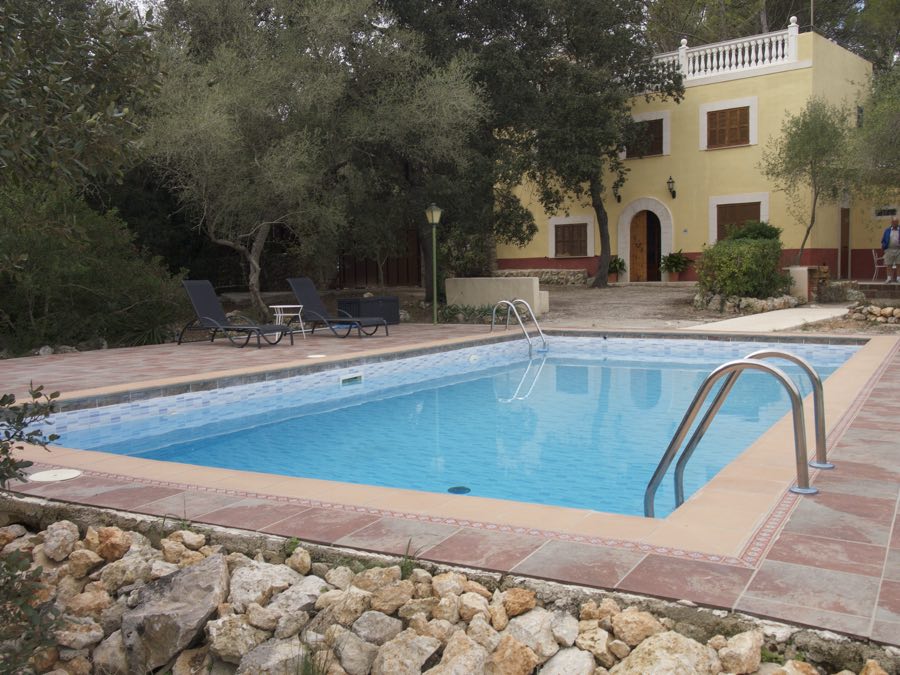 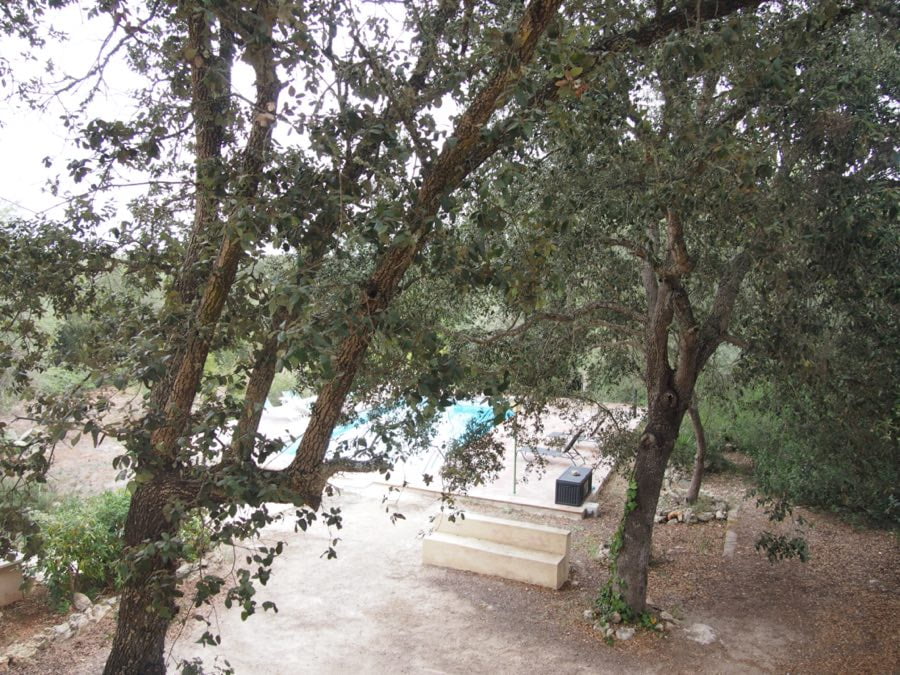 Entering the property via the main double doors leads you into the open plan lounge area with satellite TV, log fire and reverse cycle A/C leading to the dining area and fully fitted kitchen, with all electrical appliances. There is a patio door leading from the kitchen to the outside patio area with dining table for alfresco dining.

On the ground floor there is a large full family bathroom with shower, toilet and washbasin and a sofa bed for 2 persons. From the lounge area this leads to the first floor. There is a Twin bedroom with cabin beds 90cm with views of the swimming pool / garden/mountain views. There is access leading to the private roof terrace 38m2 (There is a key to lock this door) Bring your binoculars as the scenery is amazing.

There is a 2nd twin bedroom 90cm again with views of the pool/garden/mountain. The 3rd bedroom is a double room 150cm again with views. All three bedrooms have reverse cycle air conditioning for warm/cold air. There is a Family bathroom with Shower, Toilet and washbasin. The living area is approx. 136m2

The village of Sencelles, dates back to before the prehistoric era, there are numerous archaeological sites dating back from the pre-Talaiotic era where communities lived in caves some of these can be visited/explored they are called “Son Morei”, “Sa Taulera”, “Can Garau” and “Can Baldó”. The Talaiotic era which corresponds to the late bronze early iron ages have a series of Prehistoric Sites: “Sa Pleta d´es Forn”, “Son Jordá de Ruberts” and “Es Velar des Cuitor”. One of the most important archaeology sites is the monument  “Talaiot of Son Fred”. There are three torrents that flow through the village of Sencelles with beautiful rustic landscape,  holm oak trees, pine trees, almond trees, fig trees and vineyards, Sencelles is part of a vineyard route with its own wines for you to sample, some also have restaurants within the grounds of the vineyards.
Among other tourist attractions are the “Llogarets”, ancient Islamic farmhouses that maintain the intimate essence of rural and traditional Mallorcan architecture, known as: “Biniali”, “Cascanar”, “Jornets”, “Ruberts” and “So n ‘Arrossa “

The location is ideal for those wanting a relaxing quiet holiday or for those that like walking/hiking or even cycling. There are lots of walking and cycling routes.

The private swimming pool is 10.30m2 x 5m2 pool depths are 2.10 – 1.10 there is two ladders for gaining entry. The Villa has an approximate area of ​​six thousand square meters. There is an area of forest with Pines, Enzinas and Shrubs and also has a variety of fruit trees, lots of natural shade within the grounds of the villa.

And for some nice days and evenings, there is a BBQ area, outside dining table and also picnic tables.

This is a beautiful villa in a rural area and quiet. Perfect for a couple or family. Ideal location for exploring the island or just relaxing, very close to Inca for supermarkets, restaurants, bars and market in fact all amenities are here. The pool is large with plenty of places to sit or lie in the shade or the sun. The gas BBQ is very good and we spent most evenings cooking and eating outside with some nice Mallorca wine. The roof terrace has great views.. Antonia and Carlos are very good hosts and very helpful. Overall a very enjoyable holiday and we hope to be back 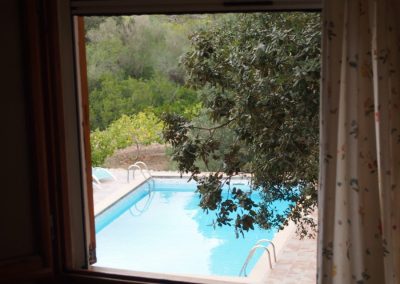 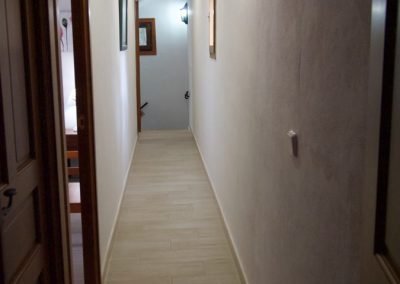 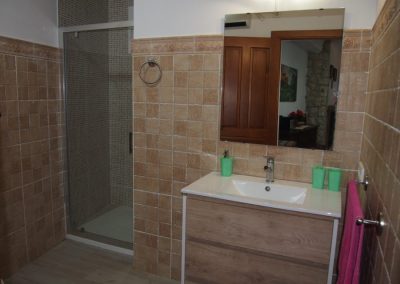 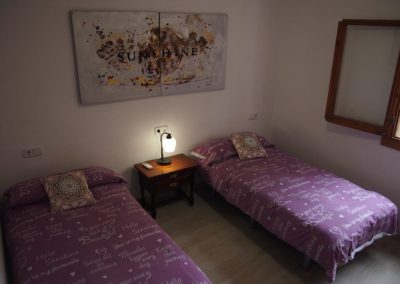 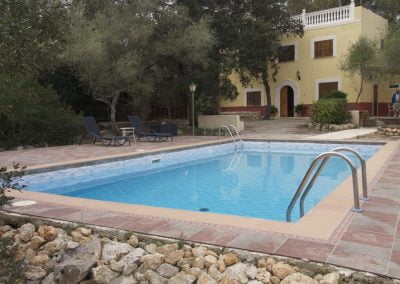 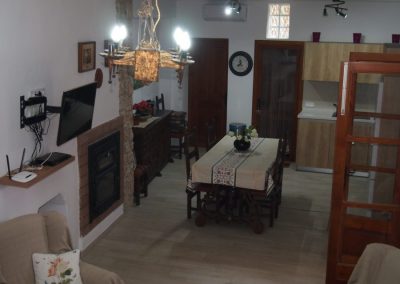 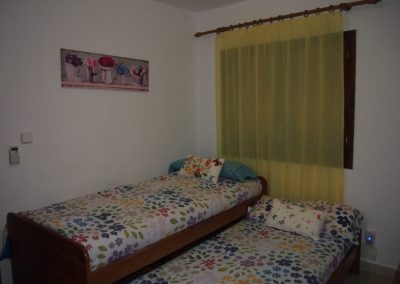 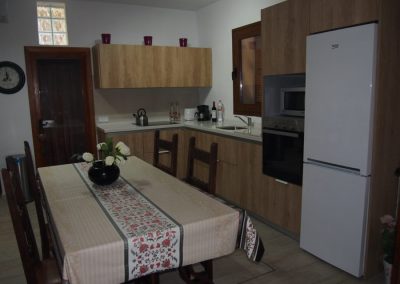 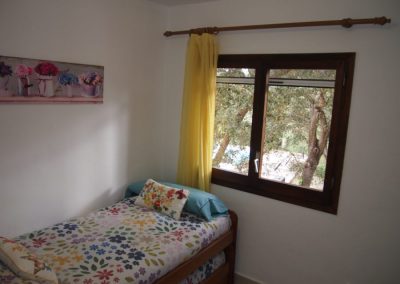 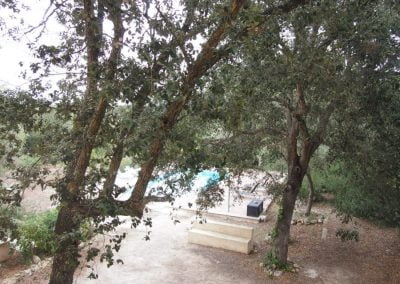 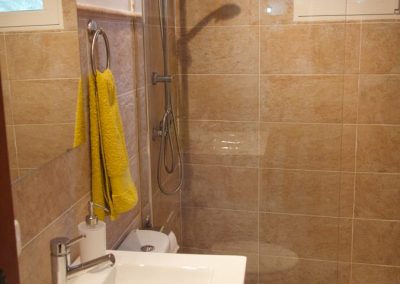 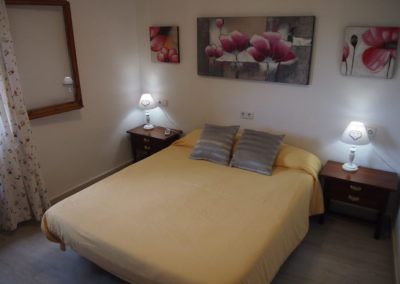 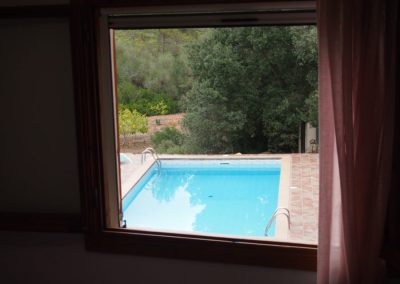 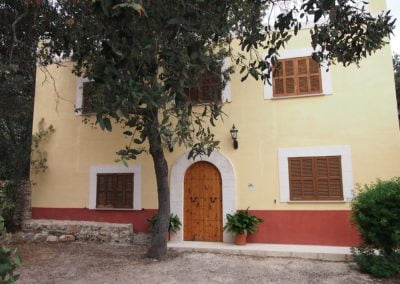 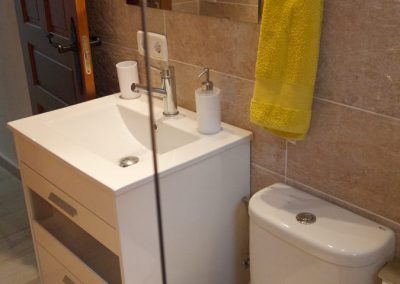 Electricity: Due to the low rental cost of our villas and the high cost of electric, for each weekly rental a limit of 200 kw per week is included in the villa costing. If you use more than 200kw then there is a surcharge of 0.20 cents per extra KW used.

Extra occupancy: If all beds are fully occupied and extra people wish to use the sofa bed that is available, there is a surcharge per person per week. Please enquire to get a correct quotation